This project investigates the hypothesis that beneath the observable topology of every complex network, including the (AS) Internet, there exists a hidden hyperbolic metric space that can explain its structural and dynamical characteristics, and which can be used to efficiently guide information transport. While the main motivation in this project is the AS Internet, our work has a much broader impact with a range of interdisciplinary applications in both network science and engineering.

Complex networks are ubiquitous in all domains of science and engineering, and permeate many aspects of daily human life, from biological to social, economic, transportation, and communication. Our growing dependence on networks has inspired a burst of activity in the new field of network science, keeping researchers motivated to solve the difficult challenges that networks offer. Among these, the relation between network structure and function is perhaps the most important and fundamental.

The main objective of this project is to thoroughly investigate the hypothesis that beneath the observable topology of every complex network, including the Internet, there exists a hidden hyperbolic metric space that can be used to efficiently guide information transport, without the need for global topology knowledge and the associated overhead costs. While our main motivation in this project is scalable routing in the Internet, by elucidating the mysterious connection between network structure and function, our work implies impact far broader than the Internet, with a broad range of interdisciplinary applications in network science and engineering.

To accomplish the above main objective the project has been organised into three main inter-dependent tasks, each with its own objective:

A “Cybersafety meeting” with Aradippou A’ Primary School students and teachers 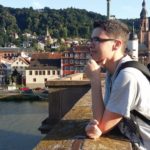 Savvas Zannettou among the recipients of the SIGCOMM Networking Systems Award. 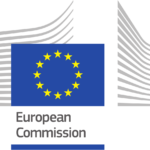